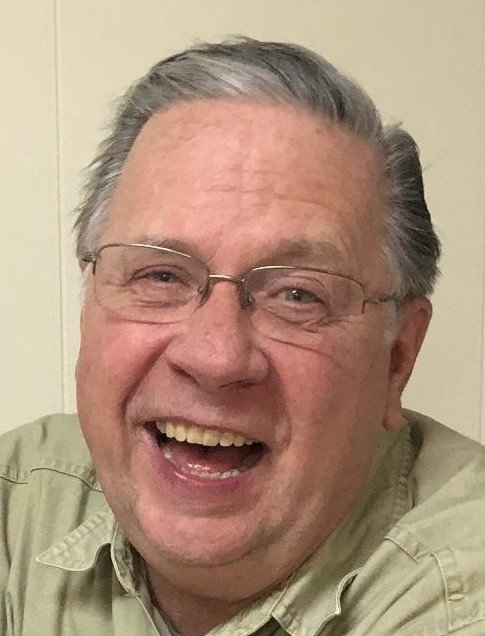 Please share a memory of Anthony to include in a keepsake book for family and friends.
View Tribute Book
Anthony Szczygielski, born August 29th, 1950, was an uncommon man in many ways. He was good, and gentle – soft-spoken but riotously funny. He was deeply committed to the things that he loved; notably his family, art and jokes. He once convinced his wife, Patricia, in the early stages of their courtship, that his middle name was “Nmn” after showing her his draft card (it was short for “No Middle Name”) and let the joke ride for months, which of course became family legend. Luckily, he had chosen a mate with an equal sense of humor. He remembered an impossible roster of jokes and was happy to entertain. His warmth and silliness made him beloved by all children, but most especially his grandchildren, who had stars in their eyes for PopPop. His humor was sharp, and his wit was quick, but never at the expense of someone else. He was deeply kind. Easy to talk to. An attentive listener. His enjoyment of being in good company was palpable, and so returned by everyone in kind. Tony was an artist in the truest sense. He knew from childhood that he wanted to be a photographer and gave up a scholarship in architecture to work his way through photography school at Rochester Institute of Technology. He was a hard worker and his joy was always in the art, seldom the recognition it brought. Eventually he moved with his wife, from their hometown of Brooklyn, New York, to Farmington, Michigan, to take a job in commercial photography. This led him to open his own Detroit-based studio, where he spent the remainder of his career. He loved his studio, and the friends and colleagues who worked alongside him. His daughters, in their child-wisdom, once commented that “Daddy’s work is going to the studio to joke around with his friends”, and he would laugh and remember that story often. In that studio he built lasting friendships, and strong ties to Detroit businesses and beyond with a client list including Ford Motor Company, General Motors, Daimler Chrysler, Little Caesars, Sara Lee, AT&T, NBA, Thorn Apple Valley, Whirlpool, Gulfstream, AC Delco, WalMart, Clorox, Arby’s, Subway, Vlassic, Lazy Boy, Coca Cola, Olga’s Kitchen, Masco Corp, National Coney Island, Brillo, Lipari Food and Taubman Centers. Tony loved his work and continued to pursue photography as art in addition to a livelihood throughout his life. Tony’s other great passion was music. He taught himself guitar and mandolin and played every chance he got. He filled his home with music and made the best of friends in the midwestern bluegrass circuit. Nothing made him happier than a jam session with good musicians, late into the night, under the stars, on one of his epic camping trips with his wife. They would camp, jam, host a big breakfast for the gang, and were beloved in their circle of misfit musicians. He was an avid collector of instruments and marveled at the craft of instrument-making. He even went so far as to make his own mandolin, complete with Segielski Studio insignia on the head. He would often watch live music on TV and wax about the instruments as much as the music. His knowledge was encyclopedic and built out of love. Tony’s was a life well-lived, teaching by example to his friends and family. He prioritized his family and was home for dinner most nights throughout the years his two daughters were at home. He never missed an important event, or family vacation. He loved to celebrate common days with long evenings working in the garden, then retiring on the deck (which he built himself – he was quite handy and often enmeshed in home-improvements). He was the master of Hygge before it became fashionable, making sure the lighting was always warm and flattering, the food delicious, and the wine flowing. He became an expert pizza maker, and joyful pizza parties were a family favorite. He truly enjoyed his life, his work, his art, and especially his family. He was so, so loved in his life, and will continue to be so, so loved in his death. His mark on those who knew him is deep and lasting. Anthony died at the age of 69 on April 12th, 2020, in New Jersey, of Covid-19 related complications. He is survived by his loving wife, Patricia Szczygielski, and two daughters, along with their families: Tara and Sam Chase, with grandchildren Bridge and Elliott, and Margo and Matt Cohen, with grandson Aidan and granddaughter on the way. He leaves behind two sisters, Amy Powers and her husband Frank and Joan Budgell and her husband John. He is predeceased by brother Dennis Szczygielski, mother Helen Szczygielski, father Thomas Szczygielski, and beloved dog, Angel. Because of the pandemic, memorial celebrations will be delayed until it is safe for his loved ones to gather in remembrance. In lieu of flowers, a donation can be made to Musical Mentors Collaborative, which is an NYC-based nonprofit that provides free, one-to-one music instructions to students who wouldn’t otherwise have access to lessons. Donations can be made in Tony’s honor to www.musical-mentors.org/donate.

Share Your Memory of
Anthony
Upload Your Memory View All Memories
Be the first to upload a memory!
Share A Memory