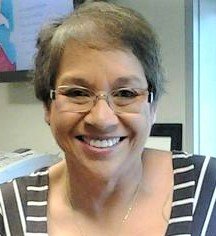 Please share a memory of Eloisa to include in a keepsake book for family and friends.
View Tribute Book
Eloisa D’Ambrosio, 60 of Lakewood, passed away Saturday, December 26, 2020. Eloisa was born June of 1960 to the late Abelardo and Elvira Cortez in McKinney, Texas where she lived until moving to Berwick, Louisiana. It was here that she attended Berwick High School and studied at Berwick Community College. Eloisa returned to Texas in 1979 and attended Del Mar College in Corpus Cristi earning her degree in Hotel and Food Service Management. While there, she worked as a Medical Transcriptionist for several medical practices and attended the Lexington Baptist Church. In 2000, she met and married Stephen D’Ambrosio who had his Doctorate in Chemistry. They moved to Parlin, NJ where Eloisa worked at the Department of Social Services, food stamp division. She also worked as a tax preparer for Jackson Hewitt. In 2008 they moved to Etowah, N.C. where Eloisa worked at several banks in the area as Bank Branch Manager. Then in 2019 they moved and settled in Lakewood, NJ. Eloisa enjoyed quilting which she learned from her mother. Eloisa also had an outgoing personality and loved helping people, plus loved dogs and cats. She also loved cooking and baking and excelled at both. Eloisa is survived by her beloved husband of 20 years, Stephen D’Ambrosio; her cousin Becky Ortega and her husband Clemente and their children Frankie and Andy; her cousin Ramona Acosta; and her dear friends, Norma Williams of Jacksonville, Fl., and Priscilla Montez of San Antonio, TX. Services were held privately for the family.

Share Your Memory of
Eloisa
Upload Your Memory View All Memories
Be the first to upload a memory!
Share A Memory