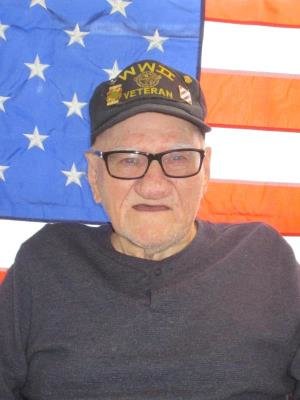 Please share a memory of Robert to include in a keepsake book for family and friends.
View Tribute Book
Robert G. Nold, 93 of Toms River, NJ passed away peacefully on Monday, December 28, 2020. He was born in Yonkers, N.Y. to Joseph and Florence Nold. Robert was raised in the Bronx before moving to Virginia at a later age. He was a member of the American Legion in Virginia for over 20 years. Robert was a proud Veteran who served in the United States Army during World War II. He will be remembered for his love in building car and ship models, and always needing to wear his watch. Robert is predeceased by his wife, Michele Nold. He is survived by his sister, Dorothy Maurer; half sister, Elizabeth Griffin, and many niece and nephews. Services will be held privately for the family.