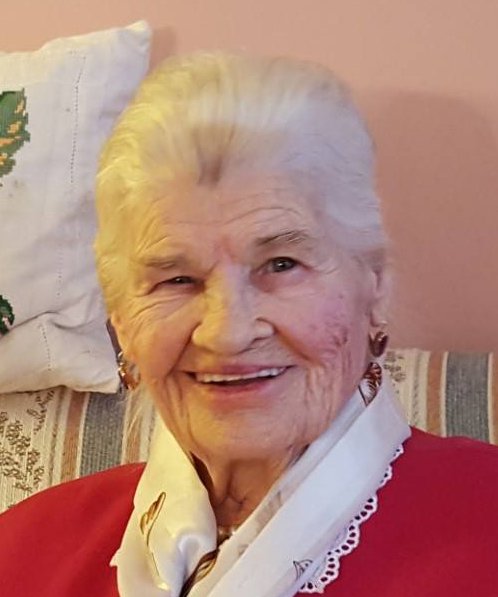 Please share a memory of Barbara to include in a keepsake book for family and friends.
View Tribute Book
Barbara Szczerbinin, 102, of Toms River, passed away peacefully on Tuesday, March 2, 2021. Barbara was born in Kursk, Russia, raised and lived in Kharkov, Ukraine before immigrating to the United States where she was a devoted wife and mother of four children. She worked as a Seamstress for many years making beautiful wedding dresses before retiring. Barbara was a member of the Sisterhood of Holy Trinity Ukrainian Orthodox Church in Irvington, NJ. After moving to Toms River, she sang in the choir until her 100th birthday at Saint Georges Ukrainian Orthodox Church, Yardville. Barbara had a love for gardening and enjoy spending time with her family. She will be missed dearly. She is predeceased by her husband, Anatoli Szczerbinin. Barbara is survived by her sons, Anthony and Wiktor Szczerbinin; daughters, Tamara Szczerbinin, and Ludmila Tolmachnikova, and granddaughter, Kristina Marie. Services will be held on Monday, March 8, 2021, at 11 AM at St. Mary’s Russian Orthodox Church, Jackson, NJ., burial following.

Share Your Memory of
Barbara
Upload Your Memory View All Memories
Be the first to upload a memory!
Share A Memory