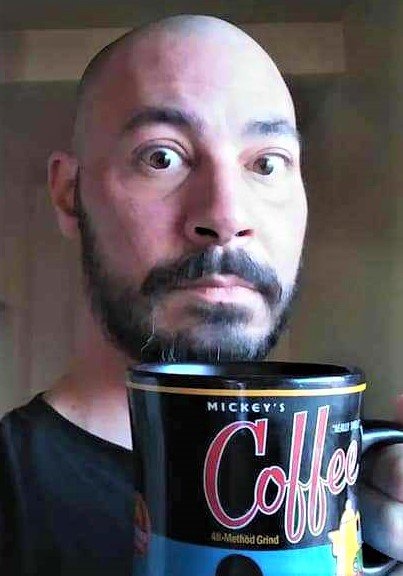 Please share a memory of Michael to include in a keepsake book for family and friends.
View Tribute Book
Michael Paul Raab, 44 of Seaside Heights, passed away in his sleep unexpectedly on February 23, 2021. Michael was employed in the hotel business for many years. Michael was a graduate of Central Regional High School. Michael was a big fan of Comic movies, Superman being his favorite. He was an avid lover of music, preferably Metallica. He had a gift for computer graphics always putting up some crazy videos on You Tube. Michael had his struggles with Mental Illness, but that didn’t define him in the end. He truly loved his family and friends he had; he especially adored his niece Kaylynn. He was extremely close to his sister and his other two brothers. Michael is predeceased in death by his grandmother Dorothy Chase, his Grandfather Paul Raab, and his Grandmother Elizabeth Raab. He is survived by his Mother and father Michelle Raab, and Paul Raab of Seaside Heights, His sister Sharon, and her husband Jovito of seaside heights, his Brother Bill and Daniel and his niece Kaylynn Raab also of seaside heights. He’s also survived by his best friend Timothy Magee, and Michael Innacone along with many cousins, uncles and aunts. A memorial gathering will be held on Tuesday, March 9, 2021 at Kedz Funeral Home, 1123 Hooper Ave., Toms River from 6 – 8 PM.

Share Your Memory of
Michael
Upload Your Memory View All Memories
Be the first to upload a memory!
Share A Memory