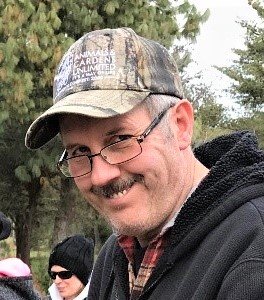 Obituary of Charles A. Erb

Please share a memory of Charles to include in a keepsake book for family and friends.
View Tribute Book
Charles Arthur Erb, 58, of New Egypt, passed away on Monday, March 22, 2021. He was born and raised in Howell, NJ before moving and settling in New Egypt. Charlie worked for Erb & Sons, Inc. for many years with his family before working at ShopRite in Manchester. He was a devoted family man. Married to his soul mate for 38 beautiful years. He was the kind of man that by the time you realized you needed help with something he was already there doing it for you. If you were one of the lucky ones to be held near and dear to his heart you know he was a gentle giant with an interesting sense of humor that he has passed on to his three children. Hard working and will be missed beyond words. Never one to say good-bye, but rather see you later. So…until we meet again. He is predeceased by his mother, Margaret Jean Erb; his uncle, Arthur Thomas Lewis and his aunt, Miriam Joan Laukshtein. Charlie is survived by his beloved wife, Teresa L. Erb; father, Charles O. Erb; sister, Gail Bradshaw Keyser and her husband Robert; daughter, Jessica Sibert, son, Charles B. Erb; daughter, Elizabeth L. Elsey and her husband Ronnie; grandchildren, Carolynn, Lillian, Julianna, Khloe, Brody, Kole; step-grandchildren, Kyle and Christian and many cousins, nieces and nephews. A memorial service will be held Saturday, May 29, 2021 from 2 - 4pm at Kedz Funeral Home, 1123 Hooper Ave., Toms River.

Share Your Memory of
Charles
Upload Your Memory View All Memories
Be the first to upload a memory!
Share A Memory