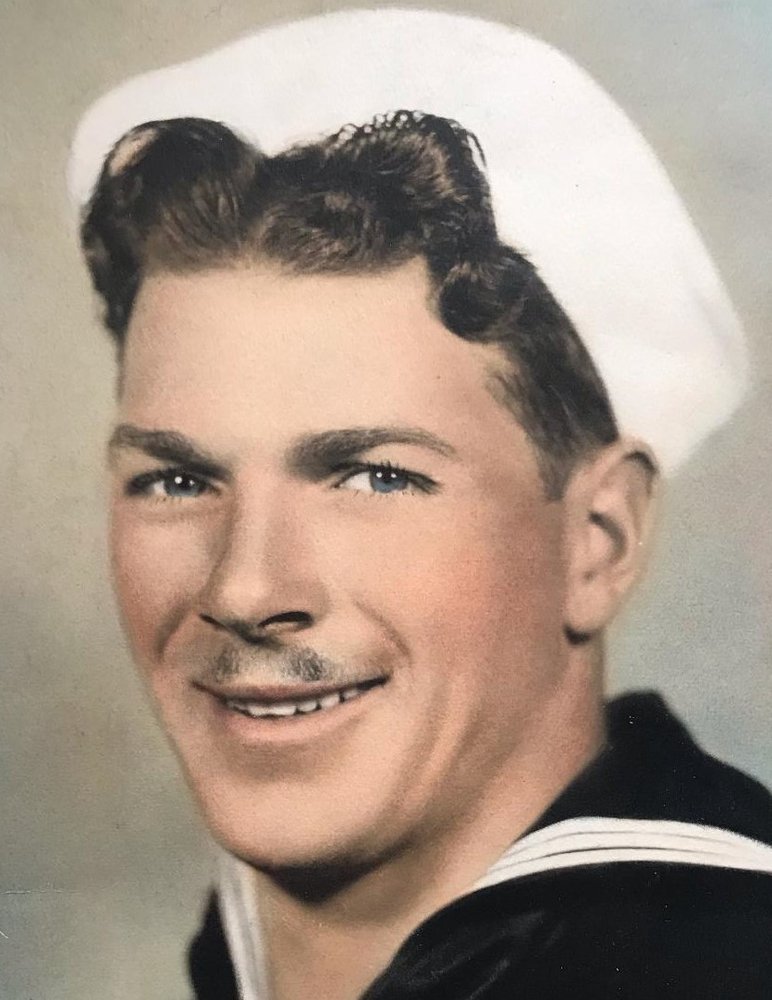 Please share a memory of Norman to include in a keepsake book for family and friends.
View Tribute Book
Norman T. Jackson, Sr., 97 of Manchester passed away peacefully and surrounded by his loving family on Wednesday, March 24, 2021. He was born and raised in Millton, KY where he attended a one room schoolhouse until the 8th grade. Norman was a member of Crossroads Baptist Church in Lakehurst for the past 7 years. He was a proud Navy Veteran who served in World War II. Their first two years of marriage were spent in his Kentucky hometown before Norman and Marie settled in her hometown, Staten Island, NY. They raised their five children there while he worked for the United States Government as a Carpenter. After retiring from his Government position he started his own successful home improvement business, Norman Jackson & Sons, which extended his carpentry career to over 40 years. In 1981 Norman and Marie moved to their Pocono, PA home and from there spent years as “snow birds” traveling back and forth to their Vero Beach, FL home. For their final years they decided to permanently move back north to be near their family settling in Manchester, NJ. He is predeceased by his beloved wife, Marie R. Jackson; brother, Phillip, and sisters, Helen, Rachel, Ruth, and Nellie. Norman is survived by his five children, Norman Jackson Jr. and his wife Bianca, Charles Jackson and his late wife Maureen, Michael Jackson, Debra Guida and her husband Andy, and Kevin Jackson and his wife Vera; 12 grandchildren, and 4 great grandchildren. A funeral service will be offered on Monday, March 29, 2021 at 10:30AM at Kedz Funeral Home, 1123 Hooper Ave., Toms River. Visitation hours will follow on Monday, March 29, 2021 from 6 – 8pm at Kedz Funeral Home. Interment will be private. Limited guests for funeral, please contact family.

Share Your Memory of
Norman
Upload Your Memory View All Memories
Be the first to upload a memory!
Share A Memory