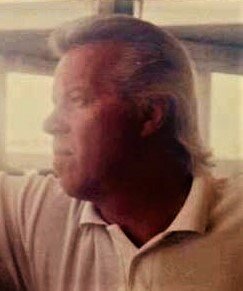 Please share a memory of Roger to include in a keepsake book for family and friends.
View Tribute Book
Roger J. Munson, 70, passed away peacefully with his family by his side, on October 18, 2021. Roger was born in Manhattan, NY and raised in the Bronx before moving to Middletown in 1963 and then to Toms River in 1964. He graduated from Toms River High School in 1968. Roger worked many years in the mortgage business for Bell Corp, Midwest Mortgage and NCO Financial. He moved to Oldsmar, Florida in 1994 and returned to Toms River in 2018. Roger was an avid fan of Doo Wop, Elvis and the Oldies and just had a passion for music. He formed and sang in many bands and gained many lifetime friends in the music business. Roger was a member of the Moose Lodge and the American Legion. He loved sitting in the warm sun and spending time with family. Roger is predeceased by his parents, Walter and Anne Munson, and his twin brother Clifford Munson. He is survived by his daughter Sherri Boag, and her husband Sean: step-daughters Kristen and Nichole; step-son Shawn; his brother Craig Munson and his wife Debbie; his sister Gail Brito and her husband Tony; his sister Lynn Horner and her husband Gary; his grandchildren, that he was so proud of and adored; Riley, Kasey, Sean, Zachary, Summer, Jonny, Jayden and Blaine, and many nieces and nephews; and a son Denton Roger Munson. A memorial service will be held Friday, October 29, 2021 from 4 - 6 pm at Kedz Funeral Home, 1123 Hooper Ave., Toms River, NJ.

Share Your Memory of
Roger
Upload Your Memory View All Memories
Be the first to upload a memory!
Share A Memory