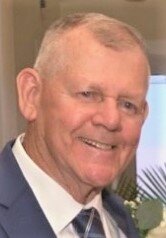 Obituary of Ray A. Przewoznik, Sr.

Please share a memory of Ray to include in a keepsake book for family and friends.
View Tribute Book
Ray A. Przewoznik, Sr., 80, of Toms River, passed away peacefully on Saturday, January 29, 2022, with family by his side. Ray was born and raised in Plainfield, New Jersey, to Joseph and Elizabeth Przewoznik. He moved to Toms River in 1952. In 1959, he married his loving wife Carol Henderson and raised their four children in Lakewood. He worked for GMC/Peterbilt for 26 years, and after leaving his profession as a Class A diesel mechanic, he took a position as a Security Officer with the Ocean County Security Department for 27 years, until finally retiring in 2010. Ray had a passion for antique cars and collectables. He was a devoted member of the Pinelands Antique Engine Association. Always a great help to the club, he never missed a show. His prized possession was his 1929 Ford Model A. Outside of collectables, antique cars, and the very many projects he always had lined up, Ray enjoyed fishing, gardening, golfing, antiquing, and most importantly, spending time with his family. He will be missed by his friends and neighbors, who enjoyed watching his daily routines and his projects come to life. He worked outside from dawn to dusk alongside his dearest cat, Baby. Ray was predeceased by his parents, four siblings, and, in 1989, his beloved son Mark. Ray is survived by his wife of 62 years, Carol A. Przewoznik; children, Ray Jr. and his wife Carole, Lori Carney and her husband P.J., and Gary Przewoznik and his wife Mary Lou. He was a proud grandfather to nine grandchildren: Joseph (wife Tamara), Katherine (husband Brandon), Kristen, Tyler (wife Steph), Jamie (husband Ian), Jared, Connor, Austin, and Morgan. In addition, he was a great grandfather to five: Daisy, Aimee, Brandon, Ryan, and Piper. A memorial service will be held on Sunday, February 20, 2022 from 2-4 pm at Kedz Funeral Home, 1123 Hooper Ave., Toms River. In lieu of flowers, donations can be made to the Tunnel to Towers Foundation (T2T.org).

Share Your Memory of
Ray
Upload Your Memory View All Memories
Be the first to upload a memory!
Share A Memory