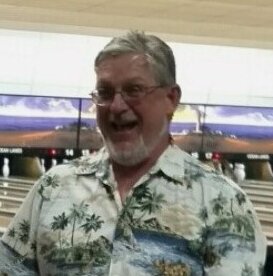 Please share a memory of Bill to include in a keepsake book for family and friends.
View Tribute Book
William “Bill” Schmidt passed away during the early morning hours of Sunday, July 3rd following an uphill battle with leukemia. Bill is survived by his loving wife and soul mate, Patty, for whom his life was devoted to delivering joy and happiness. Also in mourning are his two children, Will Schmidt and Kerry Domanski, and their spouses, Kendra and Chris; his grandson Caleb Schmidt; and two sisters Irene Truax and Christine McKelvey, and their spouses, Tom and George. Born May 24th, 1950, in East Orange, NJ to Ralph and Edith, Bill spent his formative years living in Island Heights, NJ. It was during that time when he was introduced to a Brooklyn girl on the Seaside Heights boardwalk, whom he would marry on August 7th, 1976. The perfect couple would establish their home in the early 80s and raise their family in Toms River, NJ, where Patty still resides. Bill loved the ocean and walking the Seaside boardwalk almost as much as maintaining a crystal-clear pool for his family to gather. He would also love to tell you about the near dozen sanctioned 300 games he rolled ("back when 300's weren't easy"), his Ocean County Master's tournament title win when he was pushing 50 years old, and his stint as a professional bowler on the PBA Regional tour. Perhaps best described as competitive, Bill was never one to lack confidence in his skills, nor pass up a bet on himself. If you were silly enough to think you could win, he would be more than happy to accept your donation. A union fire sprinkler fitter by trade, but a learned “Mr. Fix-it” by nature, there was almost no task too difficult for Bill to tackle himself. But on the rare occasion he might need a little help, his friends were always there for him (usually in exchange for a cold one or two) because they knew Bill would do the same for them. He might have elected not to say so directly, but Bill loved his friends and knew how lucky he was to have them. His dry sense of humor, corny jokes, infectious laugh, and warm smile could not help but attract a crowd. Anyone who had the pleasure of hanging out with “Billy” was always treated to laughter and good times. And if you ever needed an extra set of hands, a professional eye, or simply an ear to listen, Bill provided unique words of encouragement or support in any way he knew possible…which was many. But Patty, Will, and Kerry would tell you that his crowning achievement in life was providing for them and being the best husband and father, anyone could ever ask for. His relationships with them were all unique, but each one rooted in an unquantifiable love for his family. It is that genuine love and undying devotion that makes his passing so difficult to endure, but as Bill always liked to say, “it’s time to put on your big boy/girl pants” and carry on. The world lost a shining light on Sunday, but now Bill is by our side to provide strength and guidance to forge ahead. His memories will forever be stored in our minds, and his presence felt deep within our hearts. Instead of “Goodbye”, we’ll all simply, “See ya later.” Visitation will take place on Friday, July 8, 2022, from 3:30 pm - 6:30 pm at Kedz Funeral Home, 1123 Hooper Avenue, Toms River. A funeral mass will be held on Saturday, July 9, 2022, at 9:00 am at St. Joseph's Roman Catholic Church, 685 Hooper Avenue, Toms River.

Share Your Memory of
Bill
Upload Your Memory View All Memories
Be the first to upload a memory!
Share A Memory