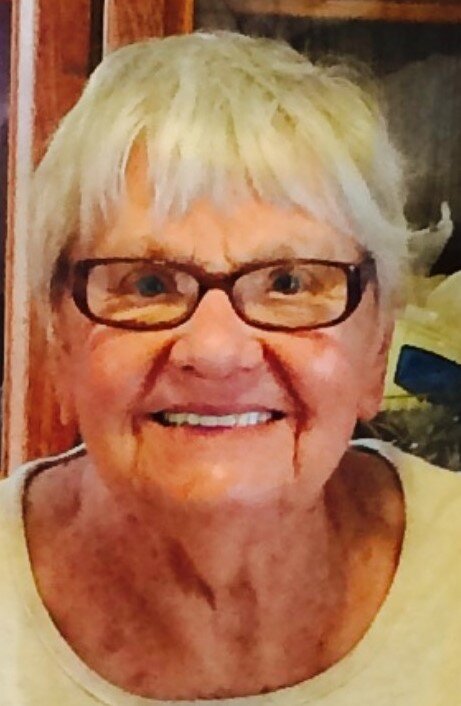 Please share a memory of Anna to include in a keepsake book for family and friends.
View Tribute Book
Anna Gavor-Muzyka, 98, of Naples, FL, formerly of Carteret and Ortley Beach, NJ, passed away Saturday, November 19, 2022. Anna was born and raised in Carteret and was a Communicant of St. Demetrius Ukranian Cathedral. In 1941, she married the love of her life, Michael Muzyka. They lived happily on Lincoln Avenue in Carteret. During World War II, Anna worked as a welder and then a “Rosie the Rivetter” assembling airplane wings at General Motors in Linden. After Michael returned from the Army, they operated Muzyka’s Grocery and Butcher Store until 1983. They happily retired to Ortley Beach and lived in the house they built together. After Michael passed away in 2011 their home was destroyed by Hurricane Sandy. Anna then relocated to Naples, FL and lived with her daughter and son-in-law. Anna truly enjoyed her final years in Naples and time spent with her many friends. She was predeceased by her beloved husband of 70 years, Michael Muzyka, and siblings; Helen Goodreds, Sophie McClosky, Jacob Gavor, and Thomas Gavor. She is survived by her beloved daughter, Arlene and her husband Tom; beloved son, Michael Muzyka and his wife Lynn; grandchildren, Jason Barone, Austin Barone, Tom Taylor, Steven Taylor, Kathleen Butler, Joe Wagner Louis Muzyka, John Colucci, and Angela; 10 great-grandchildren, many great, great grandchildren, as well as many nieces and nephews, and her best friend was Malenka, her little dog. Visitation will be held Thursday, Dec. 1, from 4 - 8 pm at Kedz Funeral Home, 1123 Hooper Ave., Toms River. Funeral Liturgy will be celebrated 10:00 am Friday at St. Demitrius Ukrainian Orthodox Cathedral 645 Roosevelt Ave., Carteret.

Share Your Memory of
Anna
Upload Your Memory View All Memories
Be the first to upload a memory!
Share A Memory