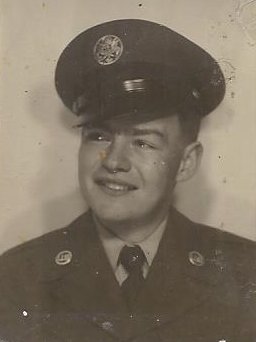 William R. Britton, 84 of Toms River, passed away peacefully Monday, July 16, 2018 surrounded by his loving family. William retired in 2007 as Assistant Superintendent of Bridges with the Ocean County Bridge Dept. after 34 years of service. He had a great concern and compassion not only for his family but for his community as well. William spent 15 years with the Lavallette Police Dept., he was ex-chief and life member of the East Dover Fire Dept., and was a Dover Township Fire Commissioner. He was a proud US Air Force veteran having served during Korea. Born in Red Bank, NJ, he grew up in Nutley, graduating from Nutley High School then moving to Toms River in 1959. Surviving are his beloved wife of 60 years, Lauretta A. Britton; two sons, William Britton and his wife Arlene, Michael Britton and his wife Debra; four daughters, Laurie Fagan, Holly Smith, Jodie Rossi and her husband Henry, Bobbie Menta and her husband Rocco; 17 grandchildren; 27 great grandchildren; 3 great great grandchildren. Visitation will be held at Kedz Funeral Home, 1123 Hooper Ave., Toms River on Friday from 2 to 4 & 7 to 9 pm. The East Dover Fire Dept. service will be held at 7:30pm. Letters of condolence may be sent by visiting www.kedzfuneralhome.com
Friday
20
July

Share Your Memory of
William
Upload Your Memory View All Memories
Be the first to upload a memory!
Share A Memory
Send Flowers