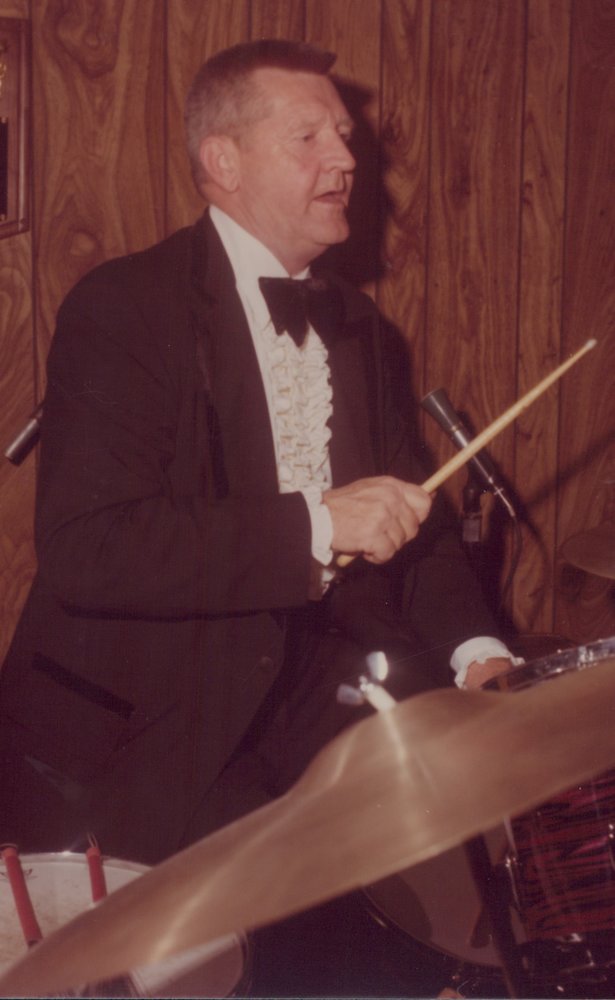 George "Ray" McKelvey, age 94 of Island Heights, NJ passed away on March 4, 2019. Ray, as he was known to friends, was born in Colts Neck, NJ, but called Island Heights his home for over 75 years. Ray was a painting contractor for nearly 47 years, as well as a retired school bus driver for the Central Regional School district. Ray is predeceased by his wife of over 50 years Doris Wilber McKelvey, and is survived by his two sons, George W. (Christine) and Dennis (Elyse). In addition, Ray had five grandchildren, Dawn (Bryan), Lisa (Joseph), Shawn (Danielle), Christopher, and Kyle, as well as seven great grandchildren. Ray was a dedicated and loveable father who shared his time between his love for family and his second love, music. Ray was a musician from eighth grade until he was 94. First, playing the drums in school, then in World War II where he played with the U.S. Navy (SeaBees), 31 years as the Musical Director of the Ocean County String Band, and lastly as the drummer and leader of a ten piece string band known as the Top Hats. A video shows Ray on the practice pad just two days before he died. He loved his music. In addition to his music, Ray was a 60 year member of the Crescent Shrine, as well as a 60 year member of Sunrise Lodge of the Masonic Order. He was a life member of the Island Heights Volunteer Fire Department and a former Councilman. He will be greatly missed by all. A viewing will be held Friday, March 8th between 4pm and 7pm at Kedz Funeral Home 1123 Hooper Ave., Toms River, NJ. All are invited to attend.
Friday
8
March

Share Your Memory of
George
Upload Your Memory View All Memories
Be the first to upload a memory!
Share A Memory
Send Flowers