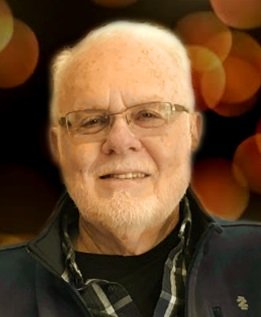 Rodney 'Rod' Conover, 83, of Toms River, went home to be with his Lord on Friday, December 6, 2019. Rod was born in Jersey City and grew up in Bergenfield, NJ. As a young man on his way to become an engineer, he quickly realized that his gifts, passions, and personality were better suited for people, not things. After dropping out of Stevens Institute of Technology, he earned his Bachelor's degree at Shelton College and began his teaching career. As a lover of students and sports, Rod taught and coached in North Arlington, Fairlawn, Lakewood, Toms River H.S. South and Toms River H.S. East, retiring from teaching in the late 1990's. He unexpectedly became a pastor in the 1970's and started Community Bible Fellowship after hosting high school and college age bible studies in his home for several years. The church began to grow and met temporarily in local schools before buying a building of their own in Beachwood, NJ. Later the church changed its name to Shore Vineyard and Rod passed the baton of lead pastor to his son Brett. Right up to his last days, Rod continued to minister to people through his love of counseling. Rod had a heart for the lost, broken, hurting, and rejected. He saw the best in everyone, called out their potential, and then cheered them on as their biggest fan. He believed in people when they no longer believed in themselves. Many would call him their hero as he rescued countless from destructive paths and gave them hope. His love for people took him as far away as the Ivory Coast, Nigeria, and Eastern Europe where he encouraged pastors in their mission. As he got older, Rod was known for his BIG hugs and being the "Father to the Fatherless". He wore that title proudly and faithfully. Rod was truly loved by his family who will surely miss his wisdom, guidance, and encouragement. He is survived by his beloved wife of 61 years, Julia Wert Conover; 4 children, Darren and wife Lizette, Cynthy Fasanella and husband Tom, Lynne Zeller and husband Dewey, and Brett and wife Maria; 10 grandchildren and 7 great grandchildren. A Celebration of Life in honor and memory of Rod Conover will be held at the Church of Grace and Peace, 1563 Old Freehold Rd, Toms River, on Sunday, December 15th at 4:00 PM.

Share Your Memory of
Rodney
Upload Your Memory View All Memories
Be the first to upload a memory!
Share A Memory