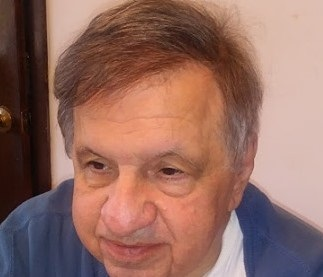 John J. Glancy, Sr., of Toms River, passed away Friday, January 17, 2020. John worked for Lewco Securities, a brokerage co. in NY for 40 years. He also worked for Ocean County College in the security office for 13 years, retiring in 2016. John was born and raised in Staten Island. He lived in Jersey City and Wayne, moving to Toms River in 1975 where he was a communicant of St. Joseph's Catholic Church. John loved animals and adopted several abandoned dogs, Max being his most recent beloved fur child. He was predeceased by his beloved wife Carmela Colino Glancy in 2002 and a son, Ralph Glancy in 2011, and two brothers, Thomas Glancy in 2010 and James Glancy in 2016. John is survived by his son John J. Glancy, Jr., and his dog Max. Visitation will be held at the Kedz Funeral Home, 1123 Hooper Ave., Toms River on Friday, January 24, 2020 from 2 to 4 & 7 to 9pm. Mass of Christian Burial will be celebrated 10:30 am Saturday at St. Joseph's Church, 685 Hooper Ave., Toms River. In lieu of flowers, donations to the Stephen Siller Tunnel to Towers Foundation, (tunnel2towers.org), the A.S.P.C.A., or St. Jude Children's Research Hospital in John's memory would be appreciated.