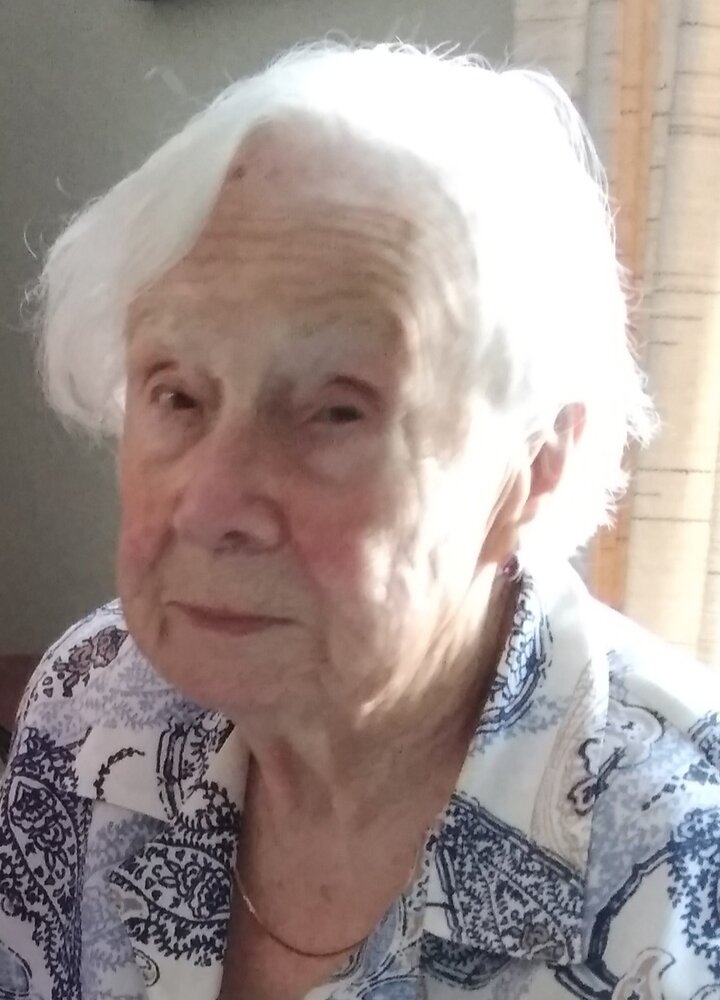 Obituary of Irmgard K. May

Please share a memory of Irmgard to include in a keepsake book for family and friends.
View Tribute Book
Irmgard K. May was born on June 7, 1920 in Mannheim, Germany. When she was 14 her family moved to Ziegelhausen near Heidelberg. She attended school with the hope of becoming a doctor, but World War II intervened. She spent 2 years in Bilbao, Spain as the house manager for the Lipperheide family on their ranch. She returned to Germany in 1942 and was drafted as a nurse’s aide, serving in a hospital for wounded soldiers. When the war ended, she had to walk the 50 miles home along railroad tracks. In 1950 she decided to emigrate to the United States. Married in 1952, she had a daughter in 1954, but lost her husband in 1955. After a variety of smaller jobs, she and her daughter spent a year in Germany with her parents. When she returned to the US, she began a career with American Hoechst Corporation. She retired in 1982 and visited Germany many times after that. She lived for some years in Jackson, then moved to Toms River to be near family. She was a caring and compassionate woman and became a Friendly Visitor to several people in various nursing homes, mostly those people who had no one to visit them. She is predeceased by her parents, Karl and Carola Klein; her sisters, Curta Manaly, Anneliese Huppert, and Irene Mueller, and her brother, Willy-Michael. She is survived by her daughter, Roberta-Carol and her husband Richard; three nephews, Michael Huppert, Reiner Huppert and wife Ellen, Karl Huppert and wife Kathy as well as cousins in Germany. Interment will take place on Thursday, June 2, 2022 at 10:00 AM, at St. Mary of the Lake Cemetery, One Honey Locust Drive, Lakewood, NJ. In lieu of flowers, please consider making a donation to your favorite charity in her memory.

Share Your Memory of
Irmgard
Upload Your Memory View All Memories
Be the first to upload a memory!
Share A Memory